Development that Happend in Sudan

Darka is one of the most professional, honest and knowledgeable partners we have ever worked with on the African Continent. We would and have on many occasions happily recommended their services in the region.

We have been working with the Damfo team for a number of years and DHL Industrial Projects have developed a unique partnership, allowing us to draw upon their extensive knowledge in the East Africa region to develop new and innovative solutions for our customers. With their responsiveness, understanding of the local conditions their dedication and professionalism, Darka and DHL have been a winning combination. We look forward to many more years of fruitful cooperation. 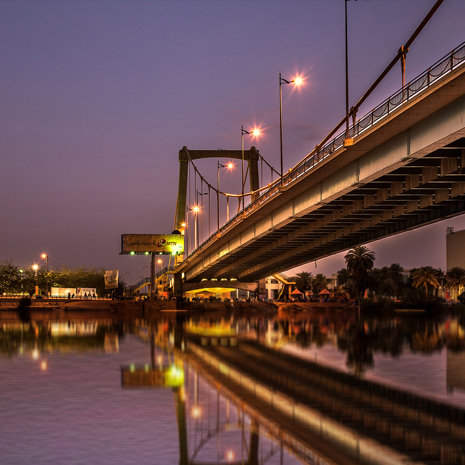 Sudan, situated in Northeast Africa is a country of immense diversity that fascinates and intrigues most of its visitors from anthropologists and archeologists to historians and average travelers. It is a country that is unique and complex in its climate, politics, environment, languages, cultures, religion and ethnicities.

Sudan is the third largest country on the African continent with a total area of 1,882,000 sq. km. The country has international borders with 7 states: Egypt, Eritrea, Ethiopia, South Sudan, Central African Republic, Chad and Libya. The River Nile traverses the country from South to North while the Red Sea washes about 550 miles of eastern coast making Sudan a bridge between Africa and the Middle East. 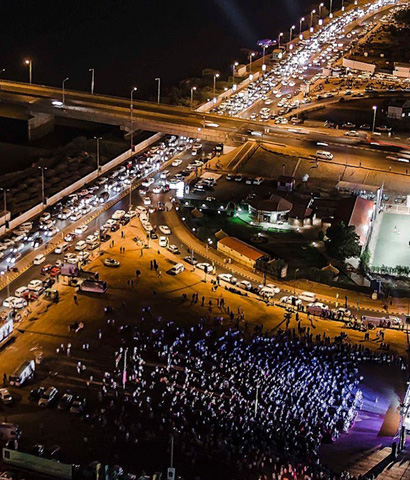 The country faces a number of environmental challenges related to climate change including soil erosion, desertification and recurrent droughts. Agricultural expansion both public and private has proceeded without conservation measures. The consequences have manifested themselves in the form of deforestation, soil desiccation and the lowering of soil fertility and water tables in various parts of the country.

Sudan gained independence on 1st January 1956, since then the country has experienced alternating forms of democratic and authoritarian government. Sudan’s period of conflict (1955-1972 and 1983-2005) stands as one of the longest in Africa’s post-independence history. Continued conflict between the Khartoum-based Government and opposition forces in Sudan’s regions have oftentimes resulted in grave socio-political divides across the country, exacerbated by struggle over natural resources. In 2005, the National Congress Party (NCP) and the Sudanese People’s Liberation Army/Movement (SPLA/M) signed a Comprehensive Peace Agreement (CPA) formally ending the war between the North and the South. In line, with the stipulations of the CPA, a referendum took place in Southern Sudan on January 9-15, 2011, on whether the region should remain as part of Sudan or become independent.

The vast majority of southerners voted for independence. Hence, South Sudan declared officially its independence on January 9th 2011, becoming the world’s 193rd state. Following the secession of South Sudan, a second republic was declared a promising a new government and constitution (replacing the interim constitution that was in place under the CPA). However, Sudan’s susceptibility to internal armed conflict continued, and the country still hosts two peacekeeping missions [United Nations-African Union Mission in Darfur (UNAMID) and United Nations Interim Security Force in Abyei (UNISFA)]. The peace process in Sudan gained new momentum in 2011 with the signing of the Doha Document for Peace in Darfur (DDPD) and the subsequent establishment of the Darfur Regional Authority (DRA) in 2012

In 2010, Sudan was considered as the 17th –fastest –growing economy in the world given the rapid development of the country -largely from oil profits, despite international sanctions. However, the secession of the South in 2011, had gravely affected the economy as more than 80% of Sudan’s oil fields existed in the southern part of the country. This decline in oil revenues caused a major adjustment to the Sudan’s fiscal situation and prompting financial austerity measures.

The situation was further exacerbated by the continuing tensions between Sudan and South Sudan and their inability to reach an agreement over transit fees for oil from South Sudan. Both parties have still not reached an agreement on this issue. Sudan however is endowed with rich natural resources, including natural gas, gold, silver, chromite, asbestos, manganese, gypsum, mica, zinc, iron, lead, uranium, copper, kaolin, cobalt, granite, nickel, tin and aluminum. Historically, agriculture remained as the main source of income and employment in Sudan, hiring over 80% of Sudanese and making up a third of the economic sector. Despite this strong agricultural orientation, oil production drove most of Sudan’s post-2000 growth.

Real GDP growth is estimated at 2.8 % in 2011 compared to 11.5 %. As a result of the oil loss, the growth of both industrial and service sectors fell in to the negative 2012 while only agriculture sector witnessed positive growth in both years. In the agricultural sector, the government has tried to diversify its cash crops; however cotton and gum Arabic remain its major agricultural exports. Livestock production also has vast potential, and many animals, particularly camels and sheep, are exported to Egypt, Saudi Arabia, and other Arab countries.

Problems of irrigation and transportation remain the greatest constraints to a more dynamic agricultural economy. Sudan continues to strengthen links with key emerging country partners, especially China, Malaysia and India following the attraction of substantial “resource seeking” FDI from these countries since the late 1990s. The Government continues to engage in strategic partnerships with local and foreign private investors in order to increase agricultural exports and absorb the shock of losing oil revenues.

The overall economic growth in Sudan has not been translated into equivalent human development improvements and poverty reduction realities. Significant disparities between urban and rural areas are apparent, contributing to an increasingly urban informal sector which accounts for more than 60% of Sudan’s GDP. In fact investments and services are concentrated in and around Khartoum state.

Gender equality is one of the priority issues for development in Sudan. Women are given a quota of at least 25 percent representation in national or state parliaments in the 2008 Electoral Law, which is also reflected in the real political representation of women in the National Assembly. According to the 2010 MDGs Report, women occupy 28% of the seats in the newly elected parliament in 2010.